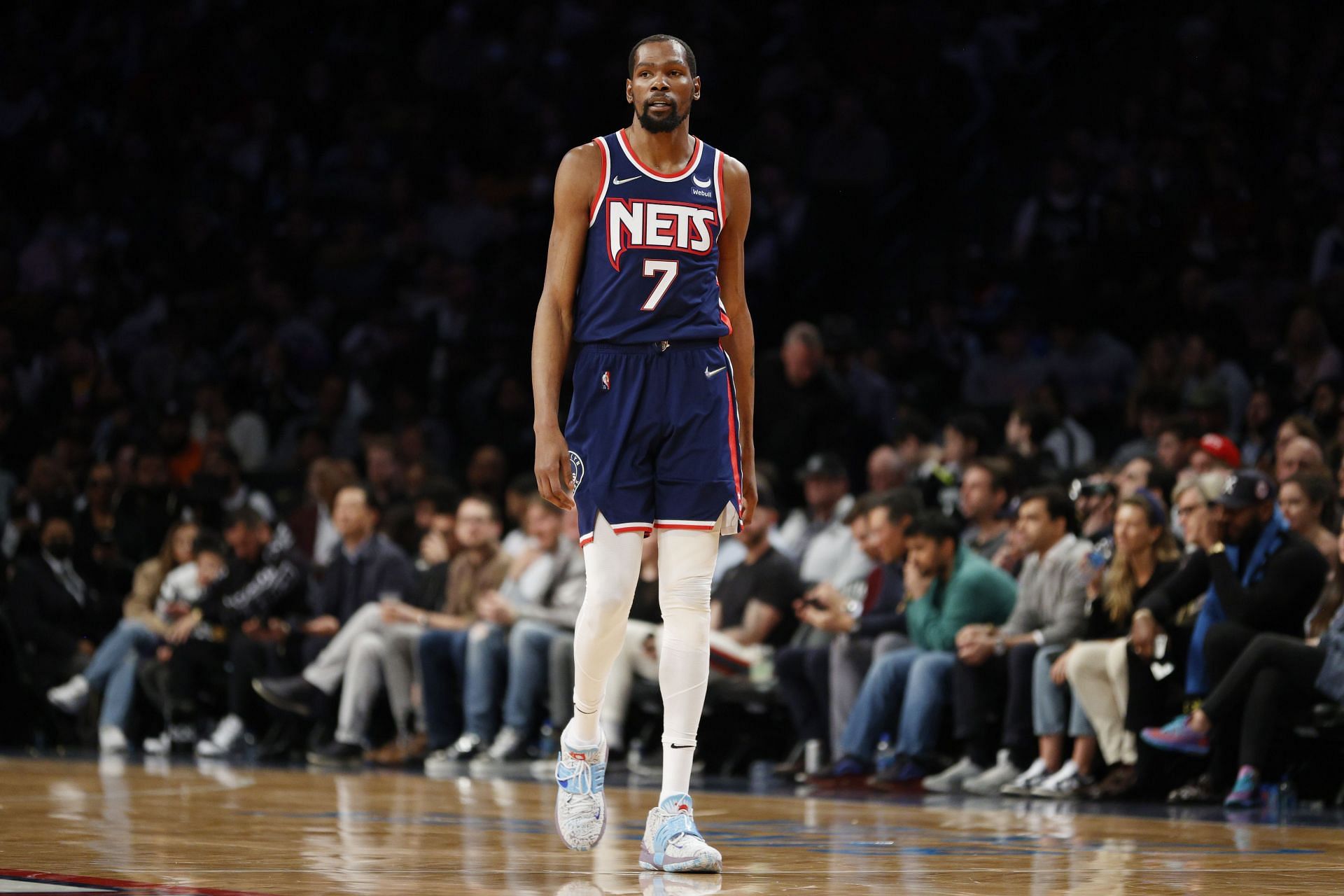 While ESPN’s Brian Windhorst sees the possibility of Kevin Durant and Kyrie Irving landing with the LA Lakers as remote, the idea has a sizzle to dazzle fans. However, analyst Chris Broussard said that while some might perceive the pairing as “ring chasing,” winning would quiet the critics.

“People still looking at you as a guy that went for another easy ring.”

Durant left a title contender in the OKC Thunder to land with the stacked Golden State Warriors, helping them to NBA championships in 2017 and 2018. Durant now has the Miami Heat and Phoenix Suns – which had the best records in their conferences last season – on his wish list.

Durant, who joined the Brooklyn Nets in 2019 to carve out his dream of being the architect of a championship team, requested a trade from Brooklyn on Thursday. Although the team at one point had a starting lineup with Durant, Irving and James Harden, they won only one playoff series.

With Durant’s dream turning into a nightmare, the Nets are rebuilding on the fly.

It’s unlikely that both Durant and Irving will be teaming up together, regardless of any speculation. It’s clear that the experiment of the two stars joining forces has failed. Durant has now become the storyline of the league, the teams will be lining up to have a chance to acquire him.

Although KD has dealt with injury issues in recent years, he’s still one of the NBA’s most dominant players. When healthy, Durant has found himself in the running for the MVP award on a regular basis. There will be plenty of intrigue about the next landing spot or spots for Durant and Irving.

ESPN Andscape’s Marc Spears spoke to a few general managers and asked what the Nets want for Kevin Durant;

“Young or future All-Star, lots of picks, the ability to swap picks, and another starter.” 🤯

ESPN Andscape’s Marc Spears spoke to a few general managers and asked what the Nets want for Kevin Durant;“Young or future All-Star, lots of picks, the ability to swap picks, and another starter.” 🤯 https://t.co/xm7X7sVSdS

Durant, who has four years remaining on his contract, should fetch an incredible return in a trade.

Durant, who has led the NBA in scoring four times, averaged 29.9 points per game last year and still has the ability to produce a landslide in the league with his ability.

Durant, the 2007-08 Rookie of the Year with the Seattle SuperSonics (who became the OKC Thunder), is a 12-time All-Star.