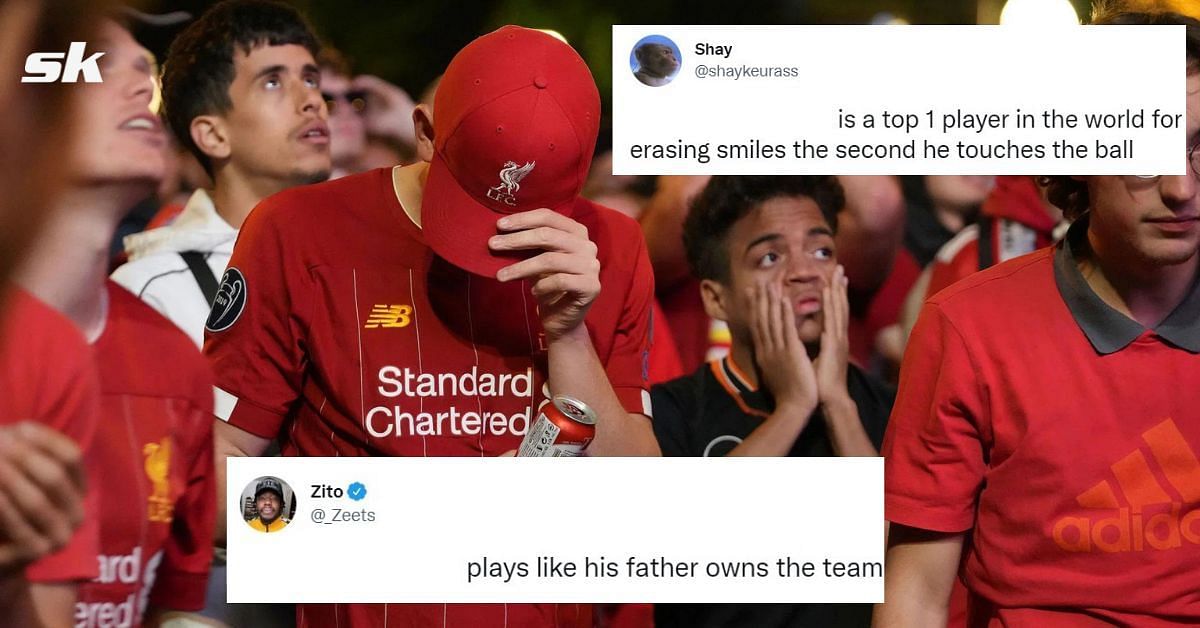 Fans slammed Liverpool captain Jordan Henderson in the aftermath of the Reds’ loss to Real Madrid in the Champions League final.

While the midfielder played his part in guiding his club to the continental final, he couldn’t rally the team to find a much-needed goal against a rock-solid Madrid side.

He provided balance in the middle of the park, even managing a wayward shot at goal, but it wasn’t enough for a section of fans on Twitter who ripped into the star.

The eventual defeat didn’t sit well with the fans, who scapegoated the captain for the club’s poor showing on Twitter. Some were even asking what he does for Liverpool. Here is a selection of tweets from the annoyed fans:

Jordan Henderson plays like his father owns the team

Jordan Henderson plays like his father owns the team

Henderson thought he had his Gerrard moment

Henderson thought he had his Gerrard moment😭😭

He was shocking again

You call that a captain

Tell me again what does he do for Liverpool #LFC

The Liverpool captain has been a consistent force for Jurgen Klopp and the Kopites, having finished the season with 56 games under his belt. He successfully guided the club to the FA Cup trophy, as well as the Carabao Cup.

Even though the Premier League title eluded them on the last league matchday, Henderson helped the Reds to two trophies and the Champions League final.

However, the captain and the rest of the squad will be lost for words as to how they ended the night in Paris without the Champions League trophy. They remarkably took control of the game for long minutes, driving into the final third and seeking out chances in front of goal.

However, Real Madrid opened the scoring and stopped them from equalizing, and the Reds eventually had to accept a painful loss.

They had a stunning 24 shots at goal with nine on target, but couldn’t score. In fact, Liverpool had more shots on target than Madrid had chances at goal, yet the Madridistas were more clinical and saw off the game with a Vinicius Junior goal.

The Reds will have another chance at the Champions League next season, having finished second in the Premier League. While their efforts against Real Madrid in Paris seemed futile, they will be back with renewed strength to chase the coveted continental title.