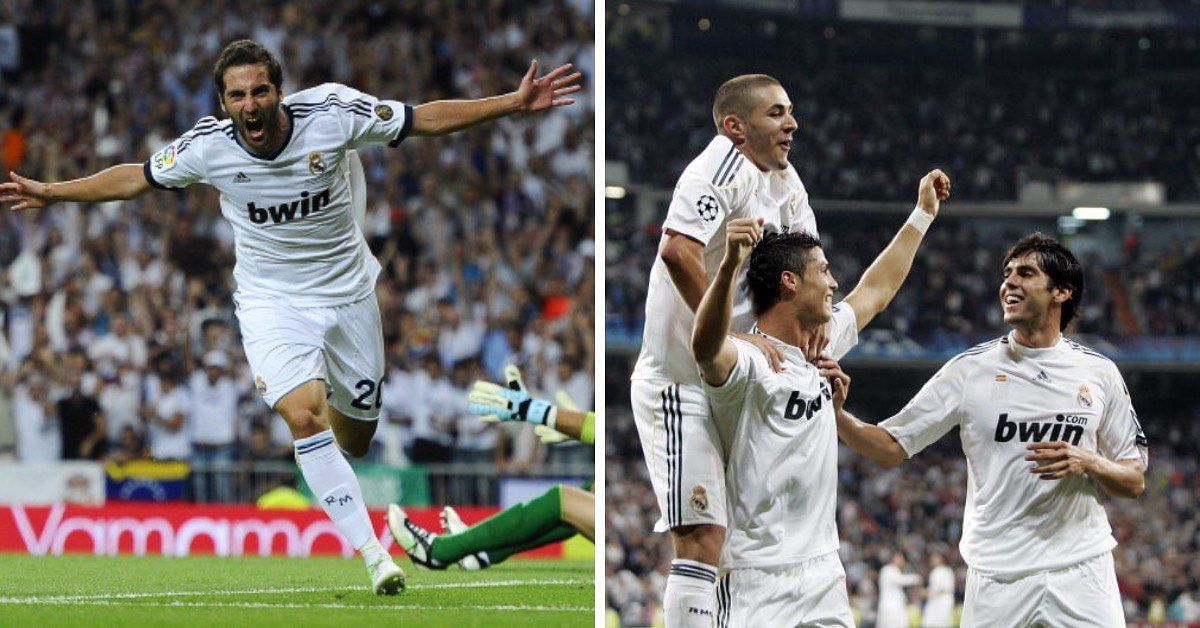 Gonzalo Higuain has looked back upon the transfers of Cristiano Ronaldo, Kaka, and Karim Benzema to Real Madrid, sharing the story of how he earned his place in that star-studded team.

Real Madrid president Florentino Perez signed Ronaldo, Kaka, and Benzema in the summer of 2009. Higuain, who was Los Blancos’ go-to striker until the end of the 2008-09 season, feared being a casualty of Perez’s aggressive transfer policy.

Gonzalo Higuaín: “I played with the two best goalkeepers of the last 20 years, Buffon and Casillas. With Messi and Cristiano. Maradona picked me for the World Cup. I lived stories I never thought I would live.” This way @MatiPelliccioni. 🇦🇷 https://t.co/3o7xCEzm4c

Looking back upon that frantic summer, Higuain revealed the story of competing with Ronaldo, disclosing how he ultimately managed to escape the ax.

In an interview with TyC Sports (via Infobae), Higuain revealed:

“The first year Cristiano arrived (at Real Madrid) I scored 27 goals and he 26 and when I’m on vacation I see that they sign Benzema and Kaká. I call the club and tell him… do I need to come back, what do I have to do?”

Higuain claimed that club president Perez was discarding players that his predecessor Ramon Calderon bought, landing the Argentine in his crosshairs. Ultimately, he managed to escape a premature exit, courtesy of his excellent returns in front of goal.

“Florentino Pérez (president of Real Madrid) was removing all the players that Calderón had brought and I felt that he wanted to remove me too, but I scored 25-30 goals a year and he renewed me. So I became a Florentino player and I stayed.”

Los Blancos appointed Jose Mourinho as their head coach in the summer of 2010. The Portuguese had an affinity towards Higuain, picking the former Argentina international more often than not over Benzema.

In the 2011-12 season, where Madrid finally managed to beat Barcelona in the La Liga title race, Higuain was Mourinho’s go-to centre-forward. He featured in 35 La Liga games that season, scoring 22 goals and providing nine assists.

“Why did I leave Napoli? I scored 36 goals and we didn’t win, I couldn’t do anything more.

When Juventus spends 94m on you, you can only be honored. I received lots of hate from Napoli fans, but karma worked its ways.”

“Why did I leave Napoli? I scored 36 goals and we didn’t win, I couldn’t do anything more. When Juventus spends 94m on you, you can only be honored. I received lots of hate from Napoli fans, but karma worked its ways.”🗣️ Higuain via TYC Sports https://t.co/XaekYLY6iq

The former Juventus star was at the Santiago Bernabeu for over six seasons, scoring 121 goals and providing 56 assists in 264 appearances across competitions.

Also Read: 5 superstar forwards who have struggled under Pep Guardiola