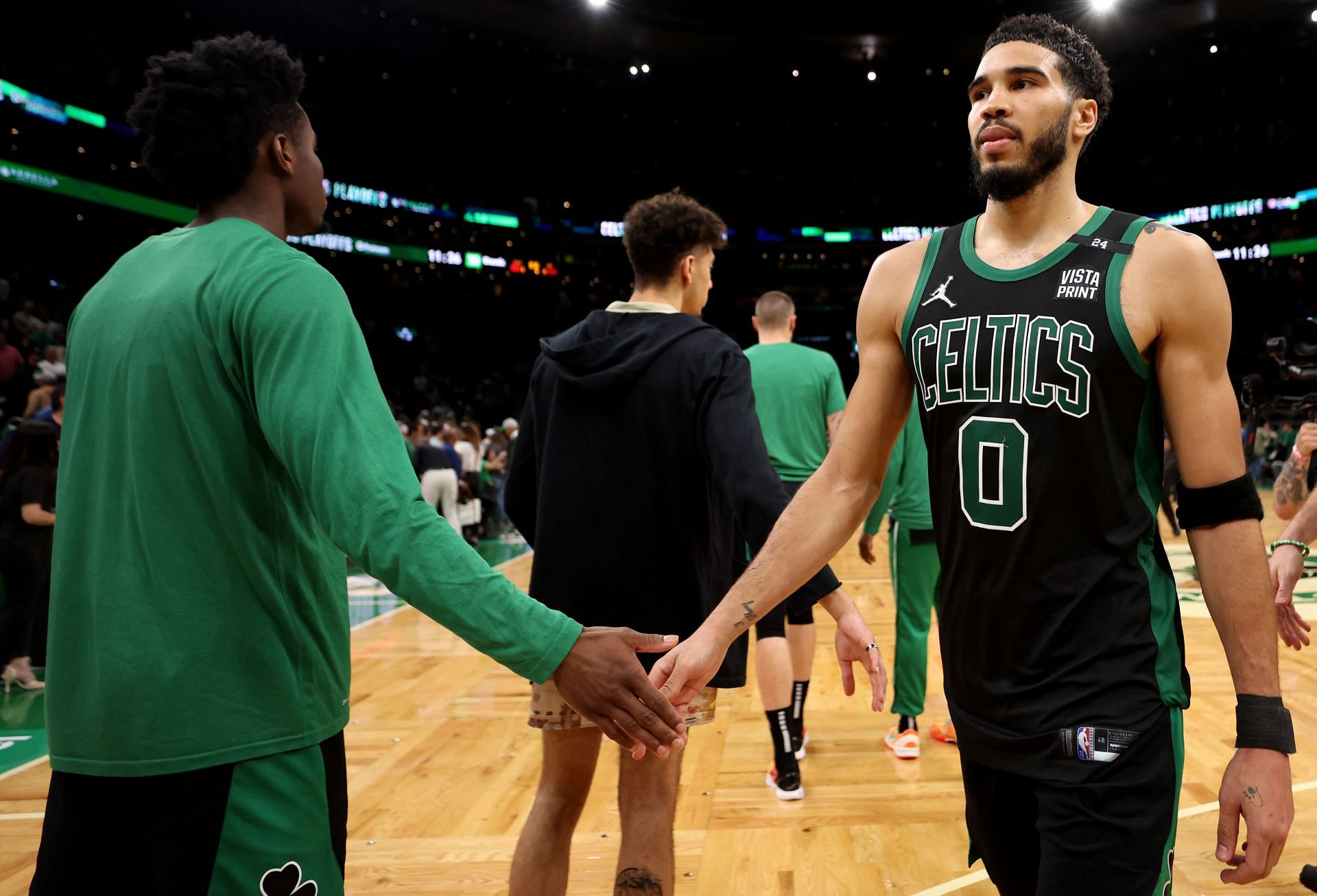 Former NBA player Kendrick Perkins refused to blame the officiating as the reason behind the Boston Celtics’ loss in Game 6 against the Miami Heat.

The 37-year-old backed the seventeen-time champions to pull out a win at TD Garden. However, Jimmy Butler’s special performance denied them a chance at winning the Eastern Conference title in front of their home fans.

There were some controversial calls by the referees during the game. But that did not take away from the resilient performance shown by the Miami Heat on the night.

Right from tip-off, both teams were neck and neck. When it mattered the most, the Heat kept their calm and made some brilliant plays to come out with a 111-103 win. Expressing his disappointment at the Boston Celtics’ loss, Kendrick Perkins sent out a tweet, which read:

“The officials ain’t the reason the Celtics lost. The Heat kicked their ass tonight and straight punked them! That was a good ass game. Real Talk.”

The officials ain’t the reason the Celtics lost. The Heat kicked their ass tonight and straight punked them! That was a good ass game. Real Talk.

The officials ain’t the reason the Celtics lost. The Heat kicked their ass tonight and straight punked them! That was a good ass game. Real Talk.

With a place in the NBA Finals on the line, the Celtics will travel to the FTX Arena for Game 7 of the Eastern Conference finals. They have certainly been terrific throughout the playoffs, but it all comes down to what happens in the matchup on Sunday.

Game 7 is probably the most interesting matchup in the NBA. And when it is between two of the most resolute defensive units in the league, it will certainly be a treat for any basketball fan.

The Celtics will have to work on reducing their turnovers as they could prove to be costly for them there. The young team from Boston also need to be careful about some of the careless fouls they make as that cost them dearly in Game 6.

They have great talents like Jayson Tatum, Marcus Smart and Jaylen Brown, who have been in a Game 7 situation previously. But this is a Miami team that is a tough side to break down. To add to their advantage, the Heat play at home and with their fans backing them, it will certainly give them the boost that they need to come out on top.

How tough will it be for the Boston Celtics to defeat the Miami Heat and make it to the NBA Finals?

The Boston Celtics have had one of the toughest roads to the Conference finals this season. They defeated the likes of the Milwaukee Bucks and the Brooklyn Nets to set up a series against the Miami Heat in the Eastern Conference finals.

As expected, they played to the best of their strengths and grabbed a 3-2 lead against the Heat, but they showed up when it mattered the most and leveled things up to extend the series to Game 7.

We’re headed to Game 7 in Miami after the Heat stole a close one at our place.

We’re headed to Game 7 in Miami after the Heat stole a close one at our place. https://t.co/b5bJVNkLL3

They certainly have the support, as many believe them to be strong enough to defeat the Heat, but it will be an extremely difficult task for them. The Heat had had injury problems, but with their backs against the wall, they always came out on top and their win in Game 6 was a testament to that.

Coach Ime Udoka has made timely adjustments throughout the NBA playoffs. With a place in the NBA Finals on the line, he will have to once again do something big. His counterpart, Erik Spoelstra, has never lost an NBA Conference finals in his career, but if there is one team that could change that history, it is the Celtics.