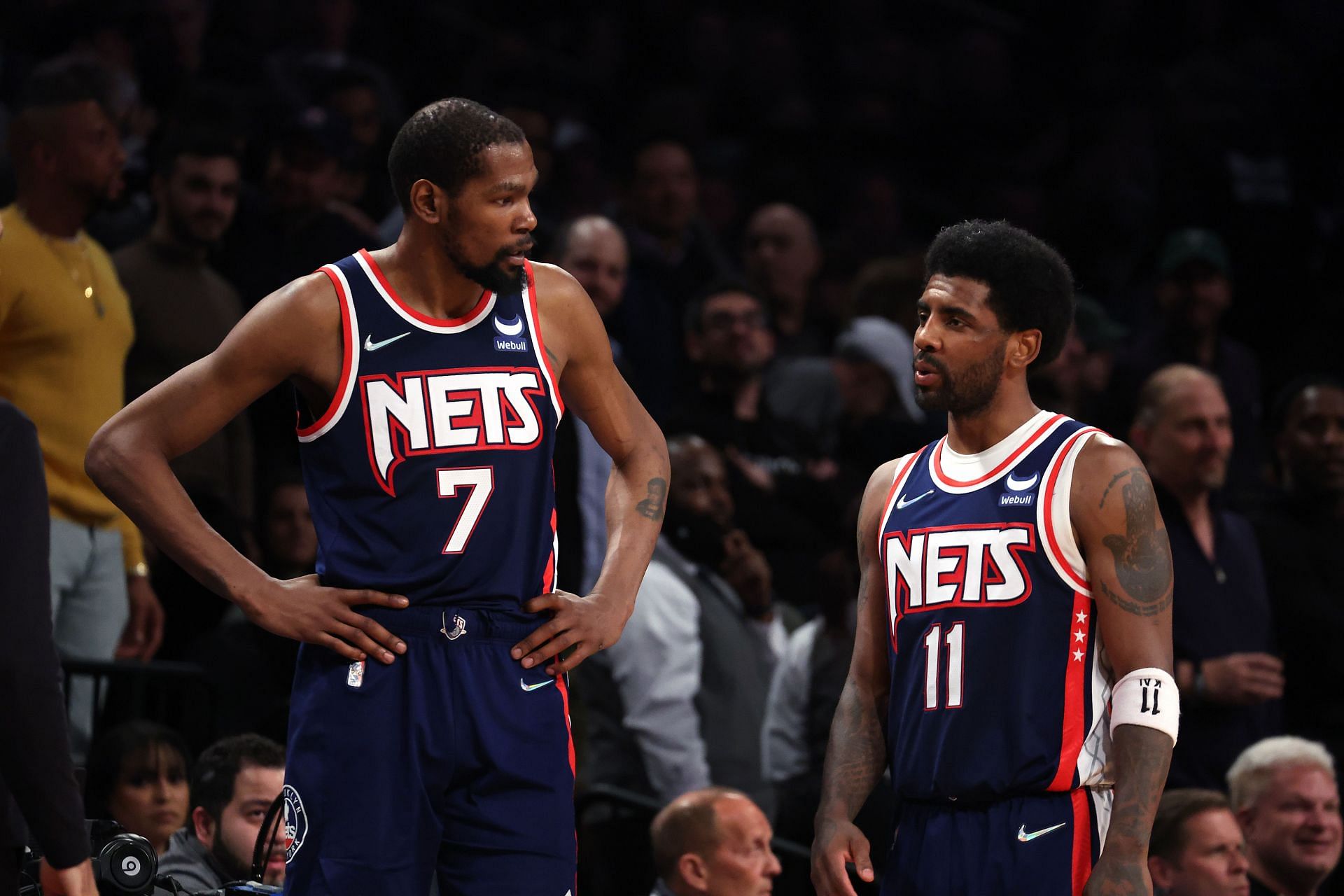 There is a chance that the LA Lakers could get both Kyrie Irving and Kevin Durant this offseason as both players still want to play together. While that is highly feasible, ESPN’s Brian Windhorst believes it is unlikely despite the Lakers’ desperation.

Durant felt the NBA community into a frenzy after reportedly requesting a trade on Thursday, while Irving opted into his player option for next season. Durant was “monitoring” how events unfolded, and many believed it was to see whether the Nets reached a deal with Irving.

While many perceived Irving opting in as good news, Durant wanted out regardless. Even as KD and ESPN analyst Kendrick Perkins have often butted heads, the former player gave the same advice days ago.

On ESPN’s “First Take,” when Windhorst was asked what the likelihood of KD and Irving playing together was, he said:

“In the event that KD and Kyrie would have stayed together, which this was discussed within minutes after the trade demand, there was only one place where it really would make sense, and that was the Lakers. Because noboby is going to look at this situation and say, ‘Let’s replicate this. Let’s import this.’ But the Lakers are desperate.

“The feasibility of the two of them staying together and playing for another team makes sense for the Los Angeles Lakers.”

Windhorst said the idea has a miniscule chance of becoming reality:

“The feasibility, way up here. The likelihood, waaaaay down here. And so you know what happens with the Laker fans, especially, they hear that, and their eyes get real big and they get real excited. You can make it work in the trade machine, but it’s not something that I think – I think we’ve probably already talked too much about it.

“I just think it was important for me to point out the feasibility existed.”

There is still time for the Lakers and Nets to figure something out. However, the Durant scenario will undoubtedly be the most pressing for the Nets.

Windhorst confirmed that Irving joining the Lakers is still a possibility. However, Freddie Coleman does not think he will be of much help to the team in their quest for a title.

On “First Take,” Coleman said that although Irving is a gifted player, the other things that come with him are a limiting factor.

“I don’t think Kyrie, at this point of his career, makes anybody a title team based on previous events. I know he’s a gifted playmaker. I don’t know if he’s a top five player.

“I got seven players right now – Giannis (Antetokounmpo), Steph (Curry), KD (Kevin Durant), LeBron (James), (Nikola) Jokic, (Joel) Embiid – that I take over Kyrie Irving that are less a pain in the ‘you know what’ than that guy. So, I don’t think he makes anybody a title team because everything that comes with him.”

The Lakers would love to get the most out of one more season with LeBron James. Although fans are not thrilled with the moves made so far, an Irving trade might be enough to renew the confidence of many.