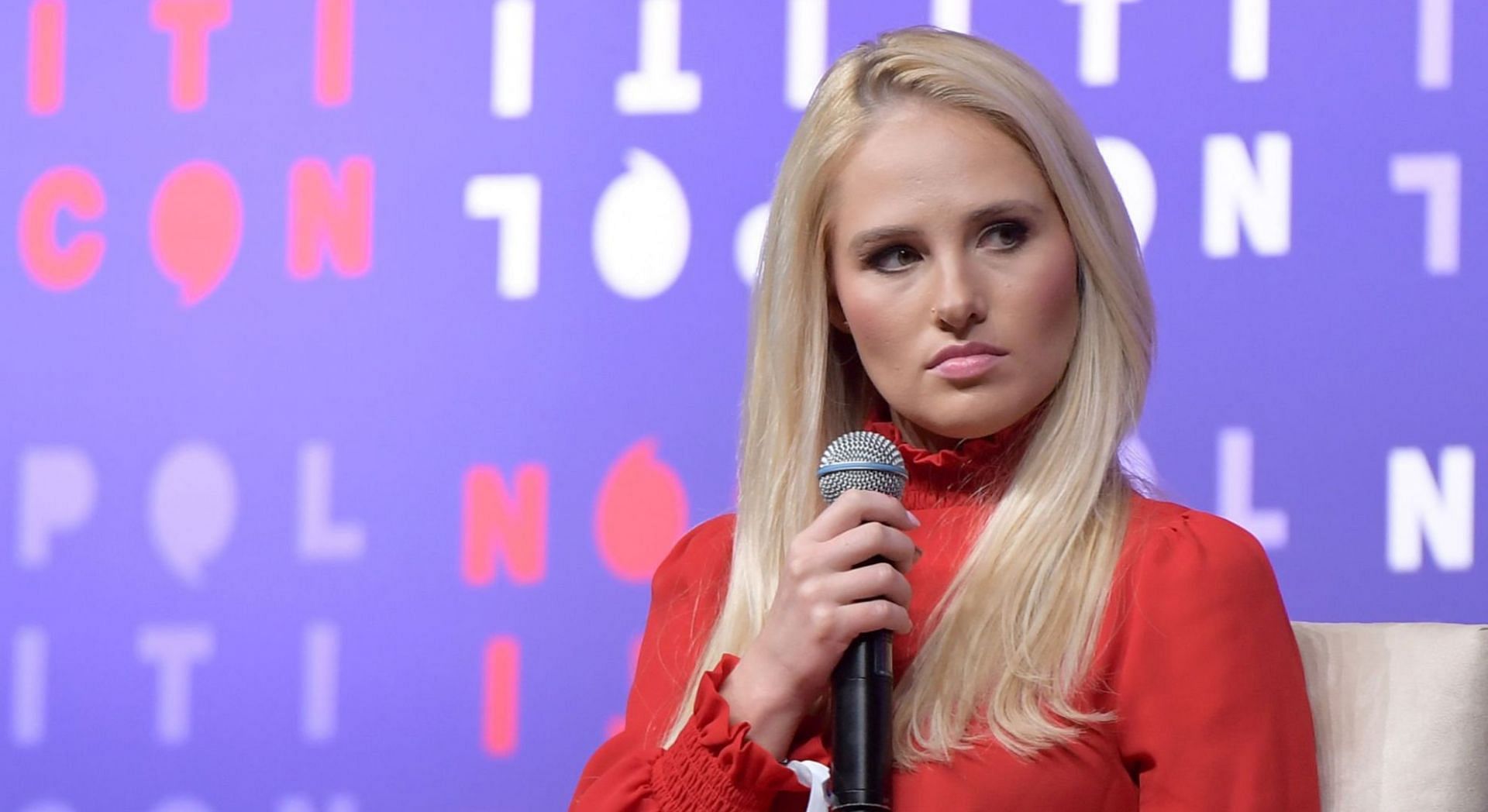 Political commentator Tomi Lahren was invited to speak at the University of New Mexico on Thursday, but her speech was shut down by a large crowd of protesters who were upset about her presence on campus.

A video showing hundreds of protesters rallying against the conservative guest speaker went viral online. In the footage, the crowd can be heard chanting against Lahren while another group can be seen pounding on closed doors.

These kids are ok! Tomi Lahren should get this treatment everywhere she goes.

These kids are ok! Tomi Lahren should get this treatment everywhere she goes. https://t.co/lBlG78KMeS

According to The Independent, protestors held signs like “UNM has no room for racists” and “F*** white supremacy,” and chanted slogans like, “Shut it down,” and, “F*** Tomi Lahren.”

The protest comes after Lahren came under fire for past controversial comments on the Black Lives Matter movement and immigration. The commentator addressed the incident during an interview with Outkick and said:

“They had a group of leftists acting like typical antifa leftist. And unfortunately the University of New Mexico doesn’t seem to care, not only about my safety, but about the safety of their own students, and left us all barricaded in a room with basically rabid banshee animals trying to bust down the doors to get to us.”

The University of New Mexico told The Independent that protestors disrupted the event after Lahren’s speech and by making a hole in a nearby wall and pulling off a fire alarm “unlawfully.” The institution also clarified that the protest did not pose a threat to the participants and the speaker, noting:

Turning Point USA, the conservative student group that organized the event, dubbed the protestors as “violent leftist mob,” although UNM’s Daily Lobo student publication described the protest as “non-violent.” The paper reported that multiple students of color were allegedly denied entry into the lecture space despite having tickets.

Although no particular group has taken responsibility for the incident, the university said it was investigating complaints related to the protest. The incident was also condemned by several conservatives, including Texas Senator Ted Cruz, who called the situation “disgraceful.”

Everything to know about Tomi Lahren

Tomi Lahren is a conservative American political commentator and TV host. She was born to Trudy and Kevin Lahren on August 11, 1992, in South Dakota and grew up in Rapid City. The commentator graduated from Central High School in 2010 and enrolled at the University of Nevada for higher studies. She graduated from college in 2014 with a BA in broadcast journalism and political science.

She hosted the University of Nevada’s political roundtable show The Scramble and also started interning for Republican Congresswoman Kristi Noem. Following her graduation, Lahren earned a job as the host of her own show On Point with Tomi Lahren with One America News Network in 2014.

In 2015, Tomi Lahren joined popular right-wing network The Blaze and started hosting her own show, Tom. She gained significant popularity for her coverage of the 2015 Chattanooga Shootings and went viral for her commentary against Barack Obama in the Final Thoughts segment of her show.

Lahren also worked for Donald Trump’s 2016 presidential campaign as an advisor to the latter’s social-media team. That same year, she also appeared on The Daily Show with Trevor Noah. The TV host also came under fire that year after comparing the Black Lives Matter movement to the Ku Klux Klan.

A petition to remove Lahren from The Blaze received thousands of signatures, but the commentator retained her position. However, she was suspended from the network in 2017 after saying she believed women should have “legal access to abortion” during an appearance on The View.

That same year, she joined the pro-Trump organization Great America Alliance before starting work with Fox News. She appeared on several Fox News, Fox Nation, and Fox Business shows and became a guest co-host on outnumbered.

Lahren currently serves as the host of Fox Nation talk show No Interruption and also hosts the OutKick show Tomi Lahren Is Fearless.