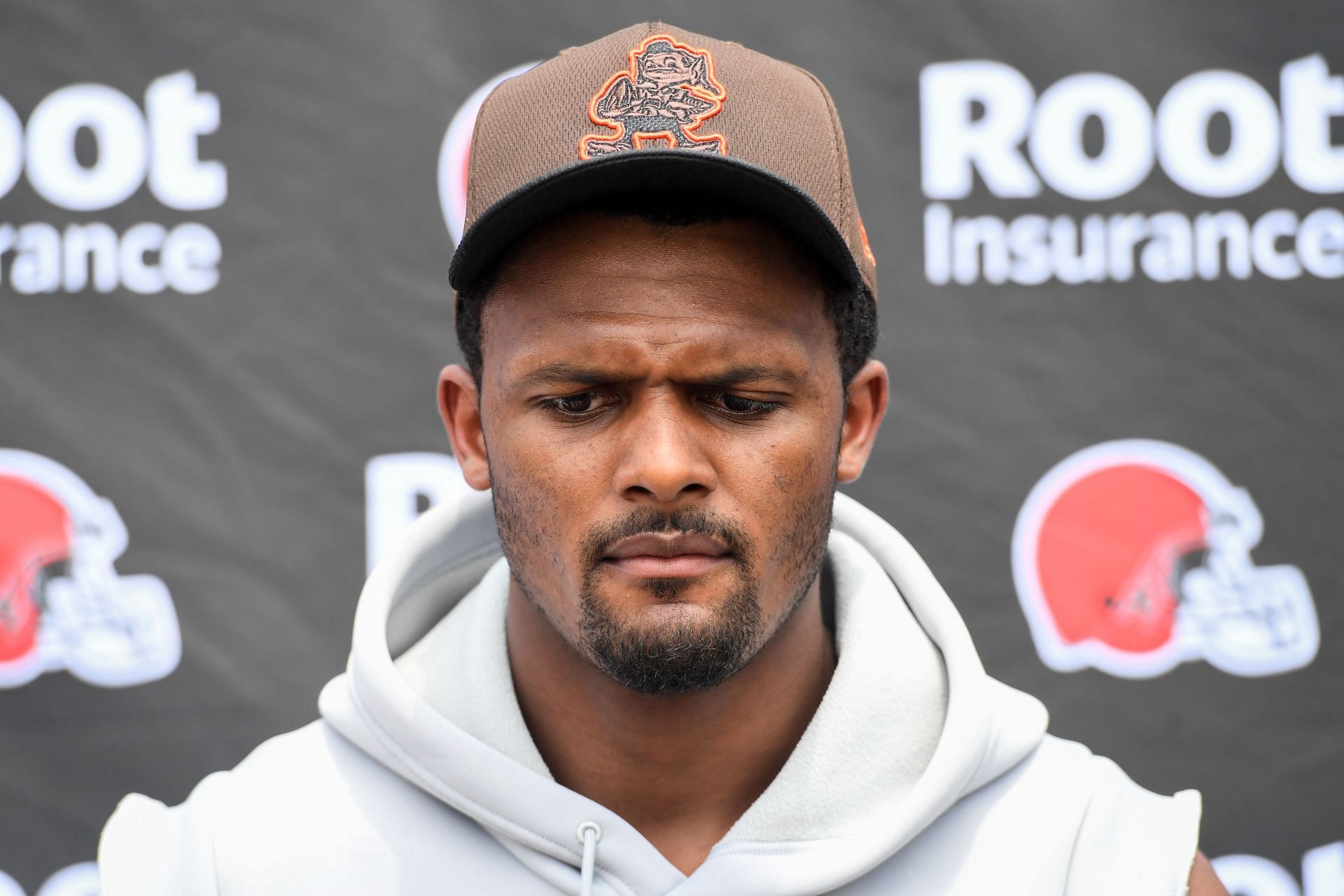 Deshaun Watson didn’t seem made by a reporter’s question about whether or not it was strange that he brought a medium-sized towel to the house owned by the mother of a woman he had never met before who gave him a massage.

When prosecuting attorney Tony Buzbee hit Watson with his interrogation, Watson had this shocking response:

lock this sicko up

some leaked footage from one of the deshaun watson deposition where he talks about taking a personal towel to the massage session lock this sicko up https://t.co/3f1sGOchsC

When asked why he should be believed over his 26 (and counting) accusers of sexual crimes during various massages given between 2020 and 2021, Watson pleaded his innocence:

“I understand that question and I definitely respect it. … I’ve been honest and I’ve truthful about my stance. I never forced anyone, I never assaulted anyone.”

Deshaun Watson may have received a guaranteed $230 million contract extension from the Browns following their trade with the Texans this offseason. However, Cleveland doesn’t look likely to receive that level of investment back from the former Clemson quarterback.

Pro Football Talk’s Mike Florio said that he expects the wealthy signal-caller to face “unprecedented punishment” for losing the court of public opinion in such a blatant and damaging way for the league:

“Eventually and inevitably, the NFL will take action in the Watson’s case. the intended strategy, the NFLPA is currently bracing for a recommendation by the league of “unprecedented” punishment of Watson. Whatever the specific penalty, the union will mobilize to defend Watson, as it is required to do by the federal duty of fair representation. “

Watson is facing uncharted territory in a league where players tend to be forgiven for public controversy. The surrounding details of Cleveland’s extension make that franchise look morally bankrupt, and Watson’s legal counsel’s handling of the case has forced the league’s hand.

NFL fans have been outspoken against Watson’s actions, and he is likely to receive disciplinary action from the league in some form because of it.

If and when that happens, the Browns will be reaping what they’ve sown after an offseason of unpopular quarterback decisions to both the ‘Dawg Pound’ and members of the QB room that didn’t cash in on frontloaded money from a $230 million extension .

Q. Will Deshaun Watson suit up for the Browns in 2022 at all?